Nearly the end of the first year of my blog.
Nothing much to post in the way of recently painted figs so will wait until the New Year for more pics and posts. I'll probably not paint much up until the end of all the festivities.

So, a big thank you to all the followers, contributors and visitors to this site.

Till the next post: I wish you all a very Merry Christmas and a Happy and Prosperous (here's hoping) New Year. May all your wishes be miniatures!!

First up Sir Thomas Erskine of Alloa. This unit will line up alongside Sir John Swinton's to create another Schiltron. 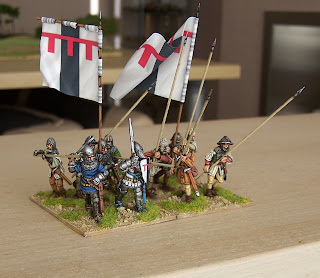 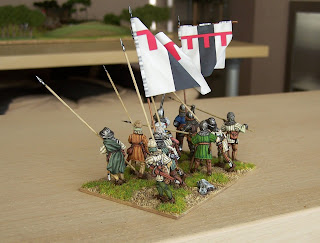 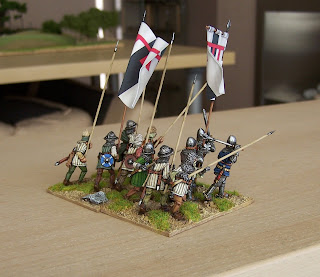 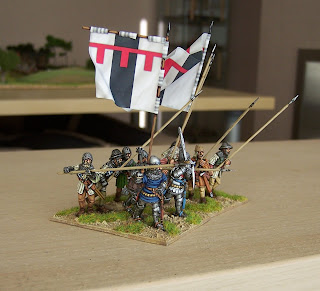 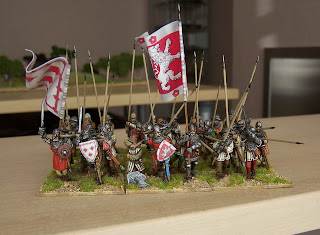 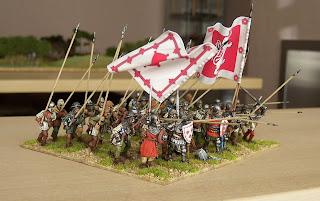 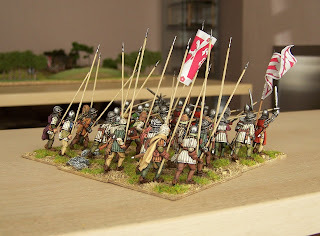 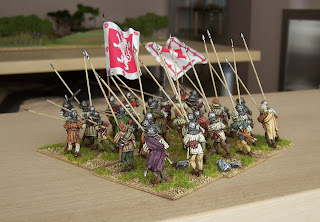 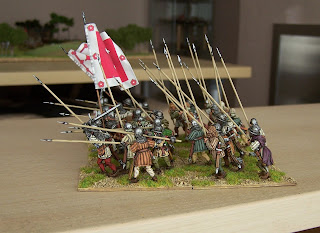 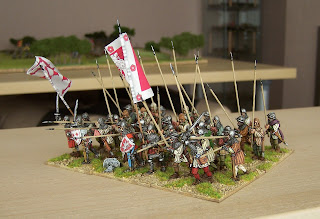 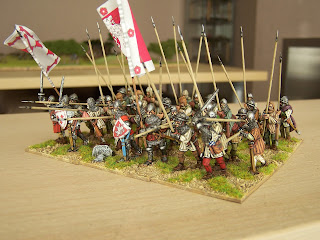 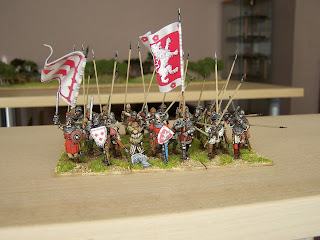 That completes the main units I was hoping to do before Christmas.

I'm currently working on some figs to comprise the Douglas stand/ unit but I'm in no hurry to complete that - it will be done at an 'as and when' pace as I intend to enjoy the Christmas festivities to the full!!

Here's a few I've done already. These will 'bulk out' the Douglas and Douglas Standard Bearer figures who will be centre stage. 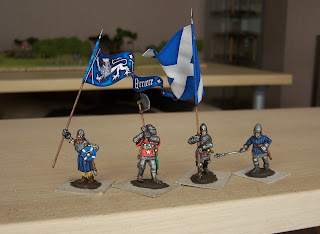 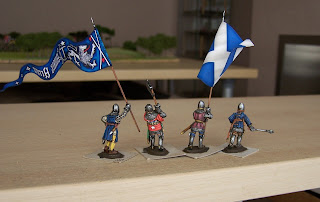 The Knight (second left) is Sir John Lindsey of Dunford who played an important role around the Douglas command so he will be included here - more details on this later (when I get my facts correct.)

All figs are from Claymore Castings.
Fantastic flags from Flags of War.

Thanks for all your previous comments on my work - they are warmly recieved and much appreciated.