Some time ago, when Front Rank brought out their new late 17th Century range, I bought quite alot of their stuff with a view to doing the Sedgemoor campaign again!! I thought I'd demo a few to see how I planned to paint them.

I, once again, decided to use the 'brown undercoat/oil wash'  method I've used on all my ECW stuff.

Below are some examples of the artillery figures done up as the King's artillery train with helping hands from Dumbarton's regiment and recruited civilians/matrosses to do the carrying, lifting and pulling!!

Early days to be thinking about basing etc. Just thought I'd try a few to get in the swing. Unfortunately I keep getting that 'Otterburn' twinge and feel it won't be long before I drift that way again. Who knows!!?

Dunbarton's helpers with the white cuffs! 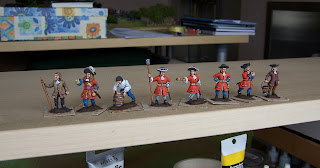 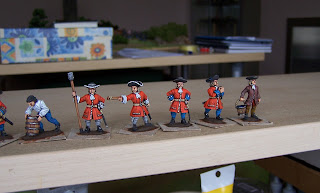 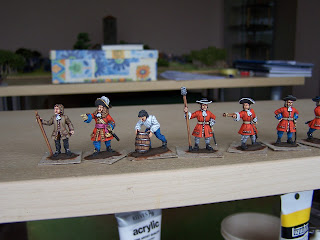 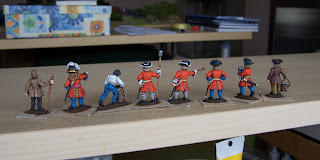 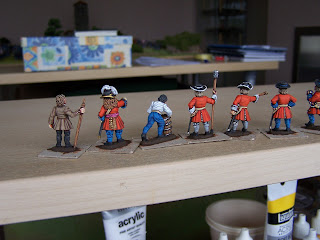 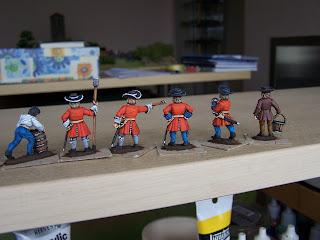