Below are some pics of the sample Monmouth Rebels I've been working on. The figures are all Front Rank Miniatures.

I've been trying to get the correct 'look' of the figures, that I'm happy with, for the late 17th century. This, obviously, is just my interpretation but it had to be right for me. Once I'm happy with the look of the finished samples I can begin painting units. (I did this with the Otterburn figs previously posted but fortunately I had Dave Imrie's figs to go on and the look he achieved for his figs was the one I also wanted.)

The 'look' I wanted here was a slightly 'scruffy', earthy look to the figs. I wanted to paint them neatly but also have the feel of the period. Colours, for the most part, not too bright for this mainly civilian army. I think this is where the brown undercoat paid off (like with my ECW stuff.) It gives a less pristine finish and personally I think it works here but each to their own.

The figs on a sample base. Still haven't decided on whether to do 6 figs per base (eg. for 'Lily Banners' rules) or 4 per base. 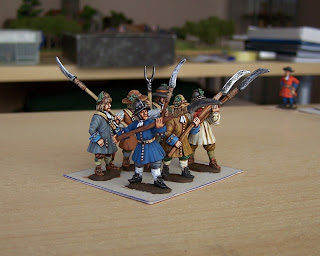 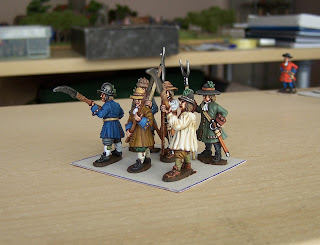 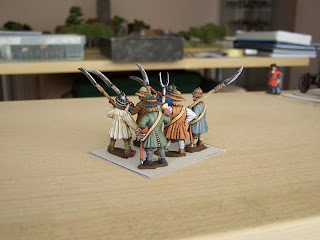 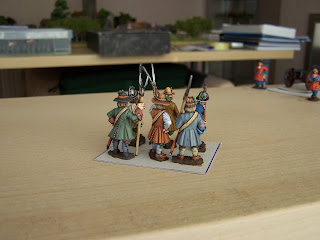 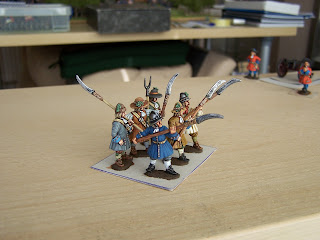 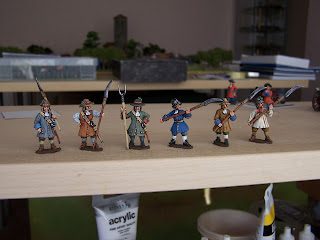 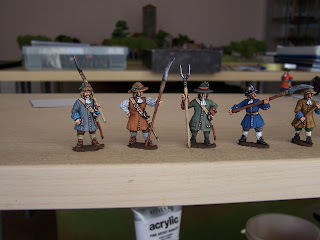 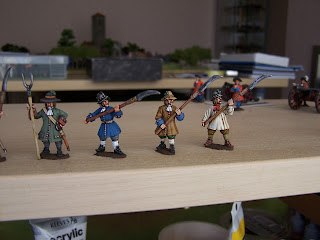 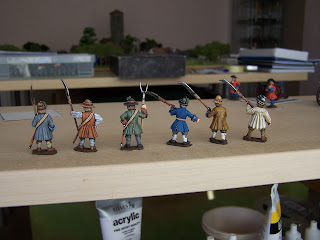 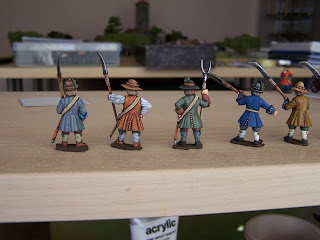 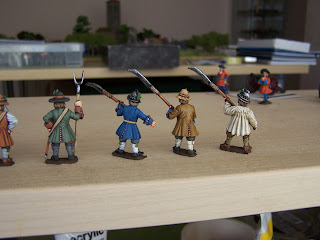 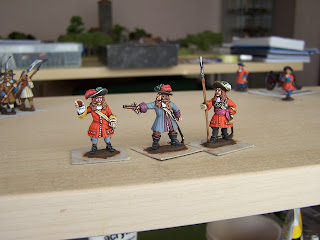 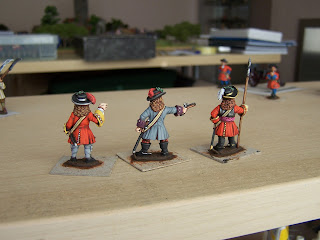 I'm currently working on completing all the artillery figs/guns I need for the King''s Army at Sedgemoor.
And completing some Royalist ECW cavalry.

More of that next time.
Posted by olddorg at 04:52